Dingleburn Station is a high country farm of 7,000 hectares in the heart of New Zealand’s South Island.

Davida and Guy Mead’s ties to this land run deep. As a child Guy lived on the other side of the lake at Benwevis Station where, in 1922, Archibald Mead built a tent camp on the shores of the lake at Meads Landing. In 1954 it was amalgamated with Hunter Valley Station, and the family left the district, but in 1988 Guy returned to the area with his wife Davida to purchase Dingleburn Station, and they moved in with their teenaged daughters, Nicky and Bridget.

Until the early 1960s, Dingleburn Station was only accessible by water and later by air. In the early days the only access to the homestead was by horseback. Wool, heavy equipment and supplies were boated back and forth from Mead’s Landing across the lake. In the early 1960s the then owner, Ian Sarginson, blasted out the road, part of which went around the treacherous Rocky Point, a most amazing feat. 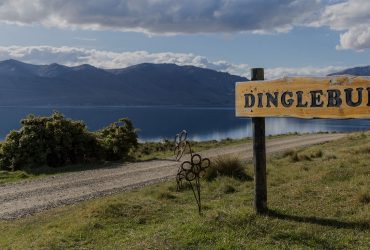 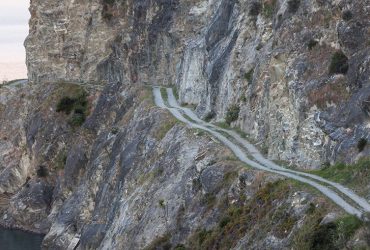 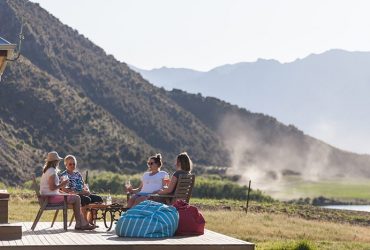 Mustering sheep off the high top each autumn is one of the highlights of the working year. Traditionally it took gangs of up to six men and their dogs five to six weeks to muster this country, but today with the use of helicopters, the mustering can be completed in days, often with only two musterers. The family still choose to camp out in the mustering huts after a day’s mustering, cooking over the open fire whilst enjoying a beer, and recalling tales of the high country from days gone by.

Guy and Davida still live at ‘the Dingle’ as it is affectionately known by friends and family, and their grandchildren grew up and lived on the shores of Lake Hawea. The Mead family have constantly developed the property and the production of super fine merino wool and quality beef cattle. Daughters Bridget and Nicky and their partners have been highly involved in the running of the property.

The Mead family love this environment of snow capped mountains and shadowed valleys, of bush-clad hills spidered by clear flowing streams. This is the tapestry of life that is etched in their souls. They are dedicated to protecting this pristine environment, using a holistic approach to managing the land, plants and animals.

They are now diversifying and opening up the Dingle to welcome others in to experience this very special place.